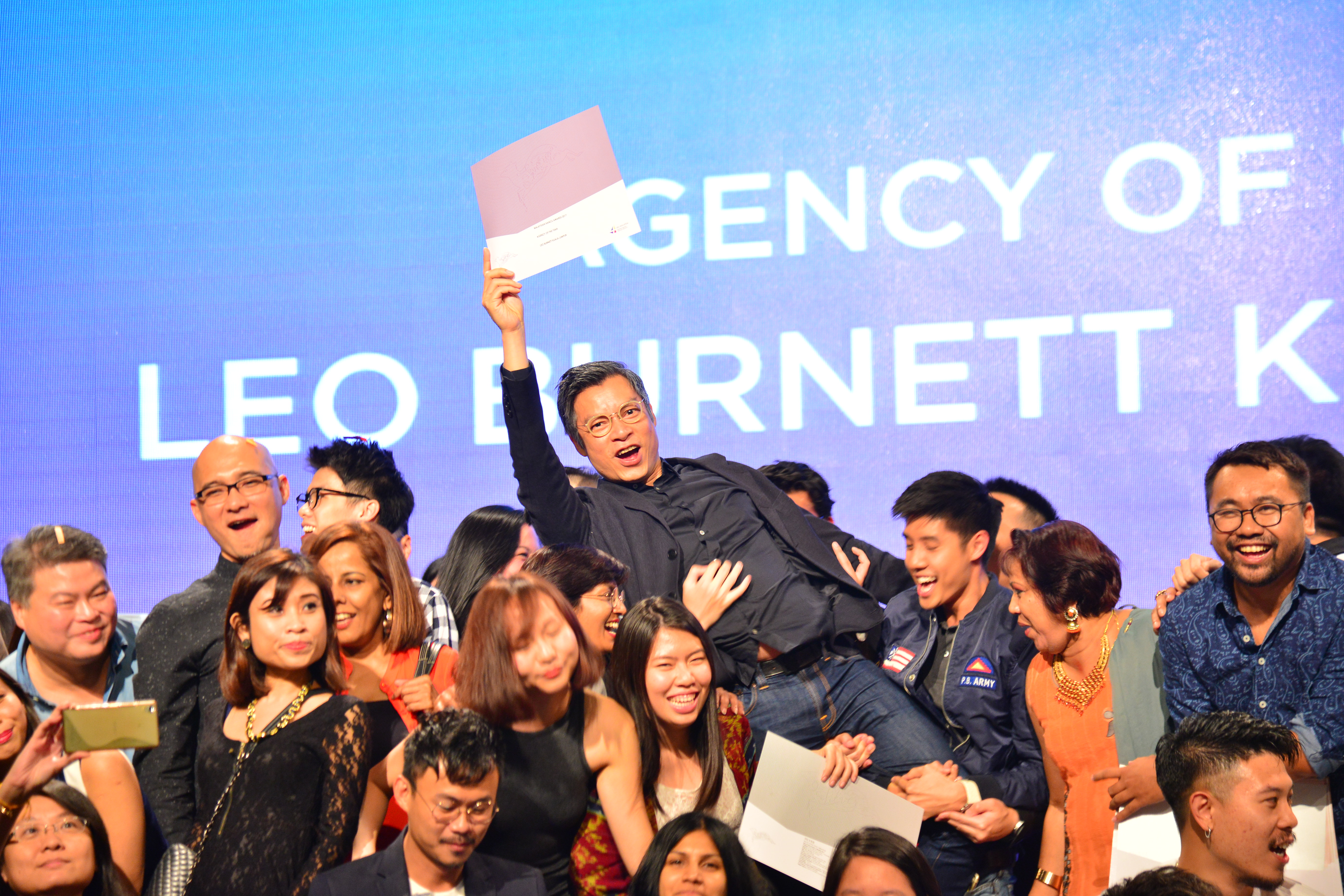 Naga DDB Tribal was the first runner-up with 218 points, followed by Isobar Malaysia with 187 points. Isobar Malaysia also won the Golden Kancil for its “HOEEKI” campaign for Mudah, an online retail platform, while Protect And Save The Children Association (P.S. The Children) was named Advertiser of The Year. Cassie Ng and Nicole Sue Tan from Y&R Malaysia won the Young Kancil award.

Themed “Evolve or die”,  the re-designed Kancil Awards which was revamped last year to accurately reflect the changing landscape of the advertising industry, drew a commendable 564 Single and Campaign entries.

“The Kancil Awards serves to recognise the importance of creativity and celebrate the best work for the year,” said Tan Kien Eng, Kancil Awards Creative Council Chairman. “The re-designed Kancil Awards 2017 also acts as a catalyst in transforming Malaysian creative agencies to be future-facing.”

Tan further noted that the fourth industrial revolution increases the complexity for the advertising industry as agencies compete with user-generated content and other forms of entertainment across existing and emerging channels to win the hearts of the consumers.

“The overall standard this year was admirable with a good balance of submissions,” Tan stated. “The foreign jury was particularly impressed with the exceptional level of craft and storytelling, which made the winning works more laudable. Some of the work of the Kancil winners has already been recognized favourably by various regional awards.”

Added Tan: “There are ample opportunities for agencies in the creative eco-system to showcase their creative prowess, and they must be continuously courageous in creative thinking, strategic thrust, data analytics, while being progressive and consumer-driven.”

This year’s Chairman’s Award was presented to Patrick Teoh, a veteran voice talent in advertising productions and the official master-of-ceremony of advertising awards for 15 years. The multi- hyphenate Teoh is also a celebrated radio personality, an entrepreneur, an author, an actor, and an active blogger.

T. Renganathan, former FCB Chief Executive Officer who led the agency through its various incarnations for 47 years, J Matthews, Macomm Management Services Chief Operating Officer, and Lau Peng Kai, who developed IACT College jointly with the Malaysian Advertisers Association (MAA) during his tenure as the 4As President, were inducted into the 4As Hall of Fame.

“As part of our educational initiative, this year’s Young Kancil winner will also get a pass to attend Adfest 2018,” said Tan. “We are striving to raise our industry standards and professionalism through healthy competitions and open learning opportunities.”

The Kancil Awards, organised annually by the Association of Accredited Advertising Agents of Malaysia (4As), underwent a transformation last year by aligning itself with the evolving state of the industry. The revamped Kancil Awards consisting four awards categories – Business, Channel, Craft, and Specialist – aims to focus on inclusiveness, relevance and transparency. For the first time in 20 years, all entries have been uploaded online (www.kancilawards.com) for public viewing.